Yesterday Obstacle Racing Media’s (ORM) Matt B. Davis provided an update on the ongoing Tough Mudder “soap opera” and I wanted to share it as I’m sure there are Tough Mudder fans from all over the world wondering what the heck is going on.

How Did We Get Here?

To recap, here’s what has happened so far:

Next Comes the Chapter 11 Bankruptcy Petition

On January 7th, three Tough Mudder creditors (Valley Builders, Trademarc Associates, and David Watkins Homes) file a Chapter 11 Bankruptcy Petition against Tough Mudder for monies owed (~$850,000) for building Tough Mudder courses. Note that in bankruptcy, generally speaking a company typically does not file for it, it’s the creditors who do so this makes sense.

Also, worth noting that the purpose of Chapter 11 bankruptcy is not to put the company out of business, as this would not be to the benefit of the company itself nor the creditors. It allows for the company to be restructured and is up to a judge to decide who gets paid, the order they get paid and how the company will move forward.

Spartan to the Rescue

Sounds like Joe Desena stepped in to help with the Chapter 11 bankruptcy and had been working with Kyle McLaughlin on a deal to get Tough Mudder alive.

“We made an offer that was signed by (then President and CEO) Kyle McLaughlin that gave Will and Guy a large payment, got the creditors paid, and kept everyone at Tough Mudder at work. This was before the two equity holders (Will and Guy) decided this was not good enough, and would only approve of the deal if there were able to enrich themselves even more” When asked for disclosure of the amounts offered to Will and Guy, Joe told us ”Let’s say at least 20X the average American salary”

ORM asked Joe what his motivation was to keep Tough Mudder alive and he said:

“In the early days of this industry, I wanted to kill them” he said. “No one wanted them gone more than me. All I thought about was beating those guys. Now it makes much more sense for us to keep both brands around. Tough Mudder have a healthy business and there is minimal overlap in our customer base. It’s better for the industry.”

To get a deal done via Chapter 11 bankruptcy essentially Will and Guy had to get out of the way.

“There is significant risk that the value of the Alleged Debtors will evaporate if a sale is not consummated in the near term. Upon appointment of a chapter 11 trustee, Spartan would immediately engage with the trustee to discuss the terms and conditions of the previously negotiated LOI and the framework for a potential section 363 sale. Such potential sale to Spartan may allow previously scheduled Tough Mudder events for the 2020 season to occur, thereby preserving many jobs and providing a return to the Alleged Debtors’ creditors.”

As stated by ORM, The hope is the judge rules in favor of the bankruptcy, the sale moves forward with Joe as the buyer, and ticket sales get reopened. Then Joe reinstates Kyle and his TMHQ team and we get a full 2020 Tough Mudder season. Our video from Friday explains it a bit further.

Thank you SO much for all the support, love and positive vibes over these past few challenging weeks. I know the lack of information and the drip feed of news reports and rumors must be just as frustrating for you as it is for me.

I’m a volunteer now, and as you’ve seen in the reports, Joe and I have been working diligently on a plan to save Tough Mudder and keep this experience we all love alive.

And the good news is, we’re making progress. There are still several obstacles to overcome, and we’re crossing our fingers that the courts move fast.

But I have hope— and a belief that if we get another crack at this, that the community is going to rally back stronger than ever.

Keep up the #SaveToughMudder posts and stories— it truly has been making a difference.

I’ll leave you with this thought from the one and only Teddy Roosevelt:

“It is not the critic who counts; not the man who points out how the strong man stumbles, or where the doer of deeds could have done them better. The credit belongs to the man who is actually in the arena, whose face is marred by dust and sweat and blood; who strives valiantly; who errs, who comes short again and again, because there is no effort without error and shortcoming; but who does actually strive to do the deeds; who knows great enthusiasms, the great devotions; who spends himself in a worthy cause; who at the best knows in the end the triumph of high achievement, and who at the worst, if he fails, at least fails while daring greatly, so that his place shall never be with those cold and timid souls who neither know victory nor defeat.”

Is Tough Mudder Worth Saving?

In a recent Instagram post Joe and Kyle are seen on a balcony where they ask the OCR community is worth saving Tough Mudder. The video even provides Joe’s direct cellphone number if you’d like to text him.

I’m sure you’ve been hearing a lot about what’s been going on. It’s been a long process with a lot of twists and turns. So ask me what questions you have.

In my humble opinion, this has been great PR for both Kyle and Joe, and I can only see both brands under their leadership coming out stronger after this all gets resolved.

Will Dean Finally Concedes to the Bankrupty Process

On January 15th Will Dean finally conceded to the Chapter 11 bankruptcy process by filing a Notice of Consent To Order For Relief And Appointment of a Chapter 11 Trustee. The motion states that he “…will cooperate with the trustee to preserve value for the creditors” and that the Board “consents to a sale of the business to Spartan Race Holdings. Inc., via a court approved order.”

This now means that Joe and Kyle can get debtors paid, staff back to work and plans for the new 2020 season back up and running, which is great news for the OCR community!

There is a lot to this whole saga and I tip my hat to the reporting of Matt B. Davis at Obstactle Racing Media for their updates. If you would like further details on how all of this went down here are some articles worth reading: 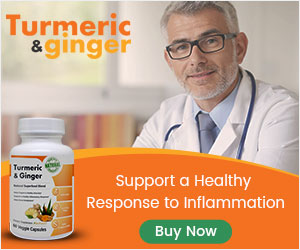