When you think of obstacle course races (OCR), typically the first two brands that stick out are:

Both have distinct audiences but are still seen as competitors and on December 23rd, 2019 the OCR world was shocked to hear via a press release that Boston-based Spartan Race, Inc.will be acquiring the options to the Tough Mudder races in Canada, the United Kingdom and Germany for the upcoming season.

Furthermore, Spartan Race’s press release stated that “efforts to complete the acquisition and renewal of Tough Mudder’s US-based events and operations in the coming days”.

Rather than try to compete with Tough Mudder Spartan Race acquires them.

In the interview below with Spartan Race’s Joe Desena, in the early days Tough Mudder and Spartan Race thrived because of the other one existed, much like when your intensity naturally increases when you are working out at by yourself and someone else walks into the room. It’s kinda like an unspoken competition, which helps push you to be better.

In recent months an opportunity came up for these two brands to discuss working together and here we are today, with the two combining rather than competing against each other.

The “litmus test” Joe said was can they change 100 million lives (that’s not a typo) by making this decision (whatever it might be) because that’s their goal. This will help them accomplish their lofty goal because of the large audience and footprint these two OCR brands have.

Are they Reaching the Same Audience though?

Interestingly, Joe said that Tough Mudder and Spartan Race have two distinct audiences, which I thought was interesting as I assumed athletes who competed in one would naturally compete in the other.

According to his data, Joe says the overlap (believe it or not) is only 5%.

Also, Joe mentioned that they bring in over 600,000 new racers each year world-wide. That’s crazy!

Does this Mean Tough Mudder is Done?

Actually no. According to Spartan Race’s Joe Desena “Tough Mudder will stay a separate event with separate branding” and that “Spartan will continue to expand it’s own competitive events with Spartan Race, Spartan Trail and the new DEKAFit “.

Both will continue to be separate products, separate locations and separate dates.

What’s the Leverage of Combining Them?

Sounds like they’re still working out the details but synergies exist by combining operations (finance, sales back end etc.), which should help trim operating budgets. Will also help get the races better organized, which will be better for the consumer.

Plus both have great management teams, great ideas and best practices that will be shared, which should help improve both race experiences.

What does Tough Mudder Bring to the Table?

According to Joe, great marketing and they’re more inclusive than Spartan in some ways (i.e.without the timing).

Plus they’re really good at getting corporations to put in teams in their races.

Is Acquiring Rugged Maniac Next?

At this point no – not something Joe is thinking about. They’re a great feeder for them for racers who have completed a Rugged Maniac race and want something more.

The Sky’s the Limit for Spartan Race But Where Do You Stop?

Expanding through acquisition is going to be huge due to the increasing popularity of obstacle course racing. They have looked at other types of races like trail running, mountain biking and road races but Joe’s main focus will still be on their bread and butter obstacle races. These other types of races also tend not to attract the same number of participants as obstacle course races, which is another consideration.

Joe also points out that you tend to fail when you get away from your core values and offering so need to be careful how you expand.

He sends 600 emails per day (including from people who tell him how their lives have changed due to his races) and he has many fires to put out like most businesses so doesn’t really need to add more to his already busy schedule.

It’s also interesting to hear that they are looking at adding OCR to the Olympics at some point down the road, although Joe isn’t actively involved with that.

Here is the official press release if you’d like to get all the details:

“Spartan Race announced the acquisition of an exclusive option to acquire Tough Mudder’s UK, Canadian, and German events today, as the first step in an effort to bring together a complete merger of the two obstacle course racing leaders.

Tough Mudder events in those countries would continue to be operated by the same team and under the same brand, to be a part of the larger Spartan family of brands and events. Tough Mudder associates and participants in the UK, Germany and Canada will be able to continue on with their Tough Mudder adventure.

“This is a goal we’ve had for some time,” said Joe De Sena, Spartan founder & CEO. “Tough Mudder UK, Canada & Germany brings a unique experience and putting the success of the two together strengthens our global mission of getting 100 million people off the couch.”

Under Spartan ownership, Tough Mudder UK, Canada and Germany races and events would focus on teamwork-based non-competitive festival events, leaving the competition to the Spartan side of the business.

“I look forward to creating a lasting partnership with Will and Guy as we seek to complete the merger,” De Sena said. “I’m excited about the prospect of what we can do together, as one team.”

Spartan will continue to work with Tough Mudder’s founders, Will Dean and Guy Livingstone, in efforts to complete the acquisition and renewal of Tough Mudder’s US-based events and operations in the coming days.”

Have any insight on this or an opinion? Leave a comment below! 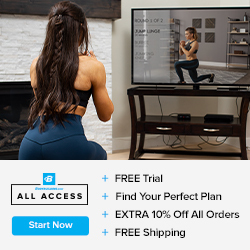